The Emerging Indian Middle Class and the Democratisation of Investing

The above payments were made for “private party” performances.

Meaning the performers can fly into places like Cyprus, London, New York or Mumbai, perform for a specially invited select group of attendees while the rest of the population are usually totally oblivious to the fact that their favourite artists are in town … by invitation only.

Investment opportunities are often in a similar boat.

While regulators do their best to protect investors in reality they are often protecting the perpetuation of “private parties.”

Meaning only the rich get access to the truly good ways to grow their wealth while the less well off have to put up with far lower returns.

Its middle class is growing, is mobile and seeking access to products and opportunities that were previously only available to “the rich”.

Lets look at some info/stats …

Much of what is written in the media surrounding fintech focuses on how new technologies are going to transform ways of doing business in banking and other industries. However less is said about how it will make financial services accessible to the emerging middle class and others by both removing the barriers to access and of course lowering the costs of participating in investment opportunities.

One company that has been working tirelessly in assisting investors in emerging economies to invest in properties or real estate in the United States, Australia and the United Kingdom is Wealth Migrate.

The CEO of the company Scott Picken, who will shortly speak at a Mumbai event, published his “Property Going Global” book in 2014.  It tells Scott’s personal story of how and why he does what he does and provides a guide on how to invest in international real estate. It was his 4-dimensional model (GPS – Global Property System) that helped Scott, Wealth Migrate and many other investors make better decisions on where and what real estate to invest in, based on fundamentals, models and data.

Scott’s learnings are now embedded in Wealth Migrate, a company that is taking his strategies to the world.

The main driving force is the democratisation of investing.

Making it possible for any individual, anywhere in the world, to invest directly in quality real estate assets with a swipe of their finger on a smart phone. The Wealth Migrate online platform, that its at the centre of the business has been built to transact in this way.

Scott will be presenting the story of this journey and how it will empower a billion people over the next few years in Mumbai on August the 6th.

More info on the event can be found here!

P.S. If Scott was to hold a party with the Eagles, the Rolling Stones, Celine Dion or Elton John you can guarantee everyone would be invited in the spirit of the democratisation.

You may wonder what the Eagles being paid £4million, the Rolling Stones being paid £3.5million, Celine Dion being paid a £2.5million fee and Elton John being paid £2million has to do with the Democratisation of Investment. It is all to do with who they are performing for. The above payments were made for “private party”… 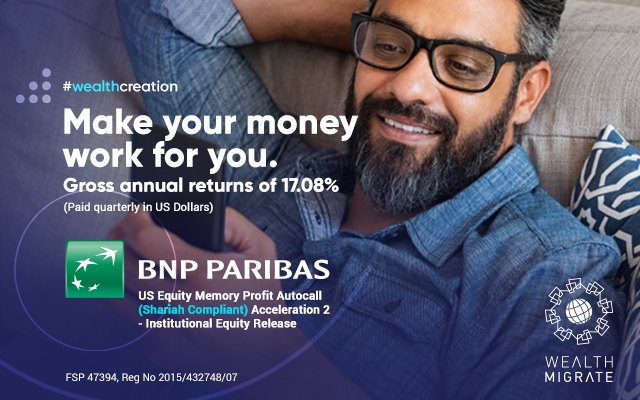